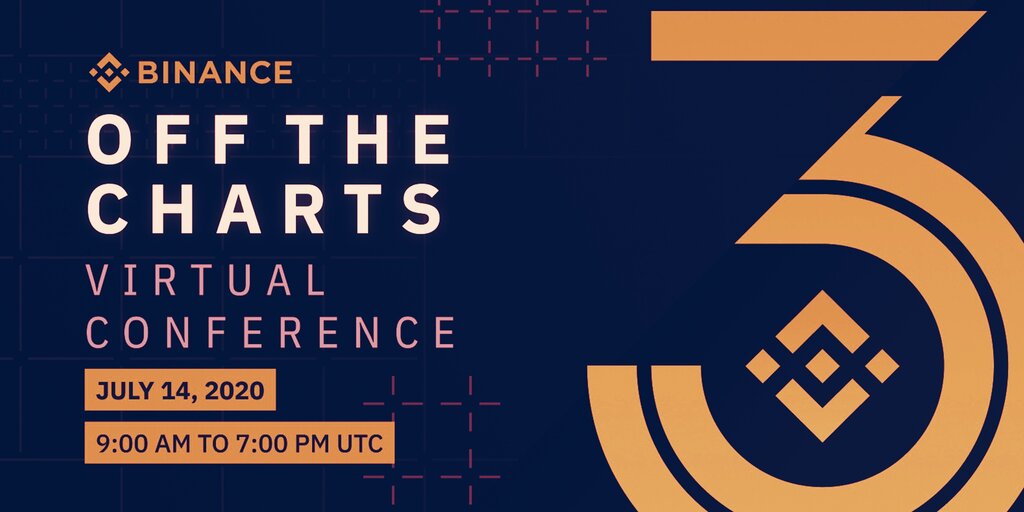 Three years ago, Binance published its whitepaper, kickstarting a large ecosystem of exchanges, blockchains, and tokens. In a little under a month, on July 14, Binance will celebrate its inception with a live virtual conference. Here's what's on the agenda.

Grammy-nominated singer and philanthropist Akon and Anthony Pompliano, a partner at Morgan Creek Capital, will be speaking at the event. It will offer at least five major keynotes, 30 panels, and several fireside chats.

My idol @Akon is coming to our 3 year anniversary virtual conference. Will you?https://t.co/aHOwDWNzGT

What is Binance Coin (BNB) ?

During the 10-hour long live stream, Binance will highlight five specific regions making an impact in the crypto world. Speakers will delve into topics such as crypto growth, scoping into local blockchain trends powering adoption; as well as opportunities for crypto integration with traditional finance.

It’s been three years since Binance first entered the crypto scene. As Decrypt reported, the exchange grew out of Bijie Technology, which provided cloud-based exchange software that the company decided to use to build its own exchange.

The inside story of Binance’s explosive rise to power

Since then, it's launched multiple regional exchanges, facilitated fiat on-ramps, built its own blockchain and token ecosystems and become a major player in the crypto space.

"Feels like yesterday!" tweeted Zhao, adding, "We raised $15m (USD equivalent) 3 years ago, have already burned $543m to date, and still a long way to go. Thank you for all your support!"

The firm recently unveiled plans for yet another exchange, this time a fiat on-ramp in the UK targeting institutional traders. So, while Binance might be reflecting on its achievements, it's certainly not resting on its laurels.