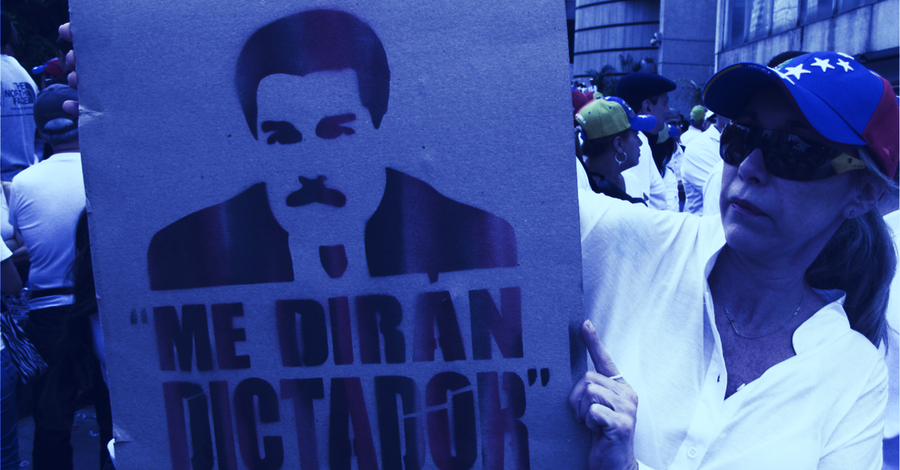 The Manhattan US Attorney office today announced sweeping criminal charges against embattled Venezuelan President Nicolás Maduro, as well as current and former officials of his government, among them Joselit Ramirez Camacho, Venezuela’s superintendent of cryptocurrency (Sunacrip).

The US, which has long been critical of the Maduro regime, alleged that Maduro and other officials have conspired for over 20 years with the leftist Colombian guerrilla group FARC “to flood the United States with cocaine in order to undermine the health and wellbeing of our nation.”

The indictments were unsealed by US Attorney General William Barr, alongside the US Attorney for the Southern District of New York, the Assistant AG for the Criminal Division of the Department of Justice, the acting administrator of the United States Drug Enforcement Administration, and the US Immigration and Customs Enforcement’s acting executive associate director for Homeland Security Investigations (HSI).

“The Venezuelan regime, once led by Nicolás Maduro Moros, remains plagued by criminality and corruption. For more than 20 years, Maduro and a number of high-ranking colleagues allegedly conspired with the FARC, causing tons of cocaine to enter and devastate American communities," said Barr in a press release, while also noting that the US does not officially recognize Maduro as Venezuela's president. "The United States will not allow these corrupt Venezuelan officials to use the U.S. banking system to move their illicit proceeds from South America nor further their criminal schemes.”

The indictment of Camacho, the superintendent of cryptocurrency, shows the US may have evidence that the country’s state-backed cryptocurrency, the Petro—supposedly an oil-based digital asset created to save the country’s collapsed economy—is a cover for the government’s illicit activity.

Speculators have been skeptical about the Petro for years, with some describing it as a “scam.”

Venezuelan retailers fed up with petro cryptocurrency after major delays

The price of the Petro today unexpectedly dropped by almost 17%, currently standing at less that $20 per token. Despite skepticism surrounding the cryptocurrency, some people continue to trade it.

The US has long accused President Maduro of leading a corrupt regime—something he has consistently rejected. Washington backs opposition leader Juan Guaidó, who last year declared himself interim president, and has been ramping up pressure on the South American nation with sanctions on the country’s oil industry.