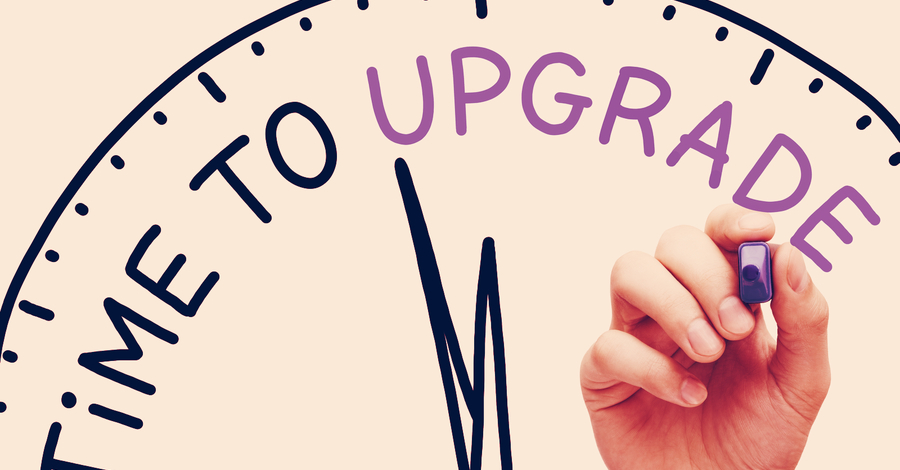 Uniswap is essentially a decentralized market maker. Liquidity providers (people with spare cash) can contribute two tokens to a pool and let Uniswap automatically manage the price. Traders swap one token for the other at a price determined by the Uniswap formula, and the liquidity providers get a fee whenever anyone trades.

Most intriguing is the introduction of flash swaps, a new feature whereby users can withdraw ERC20 tokens from Uniswap that are paired with other tokens, do whatever they want with them, then immediately return the ERC20 tokens—minus a fee, or the equivalent amount of the other token that it’s paired with.

Flash loans are popular among hackers because they can raise money quickly and cheaply. Last month, the Fulcrum protocol—which is maintained by bZx—briefly went offline after hackers exploited it for almost $1 million.

Kyle Kistner, bZx’s co-founder, confirmed on the company’s Telegram group that at least one of the exploits took place due to an “oracle manipulation attack.”

That’s why the latest version of Uniswap features “highly decentralized and manipulation-resistant on-chain price feeds,” according to its announcement. This is achieved by “measuring prices when they are expensive to manipulate, and cleverly accumulating historical data.”

Uniswap has also added a feature that lets any ERC20 token be swapped directly for any other token—right now, all tokens can only be swapped for ETH.

This feature is useful for liquidity providers, who can “maintain more diverse ERC20 token denominated positions, without mandatory exposure to ETH,” wrote Uniswap.

This can also “improve prices,” said Uniswap, because swapping an ERC20 token for ETH and then swapping ETH to another token “involves paying fees and slippage on two separate pairs instead of one.”

Uniswap’s rival, Bancor, already offers ERC20-ERC20 token pairs. Nate Hindman, who heads growth at Bancor spoke to Decrypt of the wonders of his own company’s platform, where “Bancor liquidity providers can set the fee to any number (unlike Uniswap’s fixed 0.3%).”

Of Hindman’s remarks, Adams said, “there are trade-offs here.” Bancor fees change per pool because “there are pool managers who can change those fees.” Uniswap fixes the fees to “remove the need for active governance,” he said, though said he’d like to explore different sorts of fees in the future.

Those who still don’t like version 2 or Bancor needn't worry. "Uniswap V1 will continue to work for as long as Ethereum exists," said Uniswap in its announcement.

Ethereum (ETH) Gains Momentum Ahead of ‘ETH 2.0’ Upgrade
The crypto space has been quite volatile over the past weeks, but holders...
Dogecoin (DOGE) Price Analysis: Dogecoin Price About To Win Marathon Of $0.0020.
Dogecoin performed positively with an overall gain of 0.31% bringing the...
Ripple’s ODL Remittance Payments Are Blowing Up And Fueling XRP Rally
The Ripple blockchain has been a beehive of activity over the last 24...
Bitcoin Spikes by 2x in 26 Days: What’s Actually Behind the Big Rally?
Bitcoin price rose by 2x in less than a month, and it has...
March Sell-Off Reshuffles Top Exchanges for BTC Futures Trading
Although BitMex has usually been the destination-of-choice for BTC...
New Jersey Governor Pleads for Old School Programmers As Computer System Chokes on Skyrocketing Demand
As an avalanche of unemployment claims pour into New Jersey, state...
Ready Layer One: Base Layer Protocols Team Up for Virtual Developer Event
A virtual conference is being organized by a bevy of base-layer protocols...
Your Crypto Startup Needs a Recession Strategy
A shakeout is coming in crypto venture capital and entrepreneurs should...
A Chinese Mining Company Abandons BTC Mining, Seeking For Altcoins
As per a report, last week the largest Chinese mining company Velarhash...
Ethereum’s On-Chain Data Suggests ETH Is Significantly Undervalued At Current Price Levels
Since dropping sub-$100 in the March catastrophe, ethereum bulls seem to...
Billionaire Investor Says Bitcoin (BTC) Will Be Worth Millions or Zero – Here Are the Two Paths Ahead
Chamath Palihapitiya, chairman of spaceflight company Virgin Galactic...
The Crypto Industry’s ‘Bloody Friday’ Lawsuits: Do They Hold Weight?
Eleven lawsuits are targeting seven crypto companies: A...
Ethereum sees rocketing open interest and futures volume; here’s what this means
Ethereum has found itself caught within a firm and unwavering uptrend...
Investor Sues Crypto Mining Firm Riot Blockchain to Pay $728K in Legal Fees
An investor sued cryptocurrency mining firm Riot...
Famous British Rapper Explains Why Bitcoin Haters Will Buy BTC at $20,000
Those who think that Bitcoin is dead at $6,000 will end up buying it at...
Can We Use the Litecoin Price to Predict That of Bitcoin?
The prices of both Bitcoin and Litecoin have increased by slightly more...
KingCasino.io Becomes first online casino to issue security token
Online gaming has been and is going to be one of the fastest-growing and...
German Banks Denied Services to Cryptocurrency Startups
The cryptocurrency startups in the country faced denial of services from...
ConsenSys Health Launches Coronavirus-related Virtual Hackathon
The virtual Ethereum-based hackathon aims to leverage...
Peter Schiff Bashes Bitcoin ‘Safe Haven’ Investors
Gold bug and perpetual crypto critic Peter Schiff bashed investors...