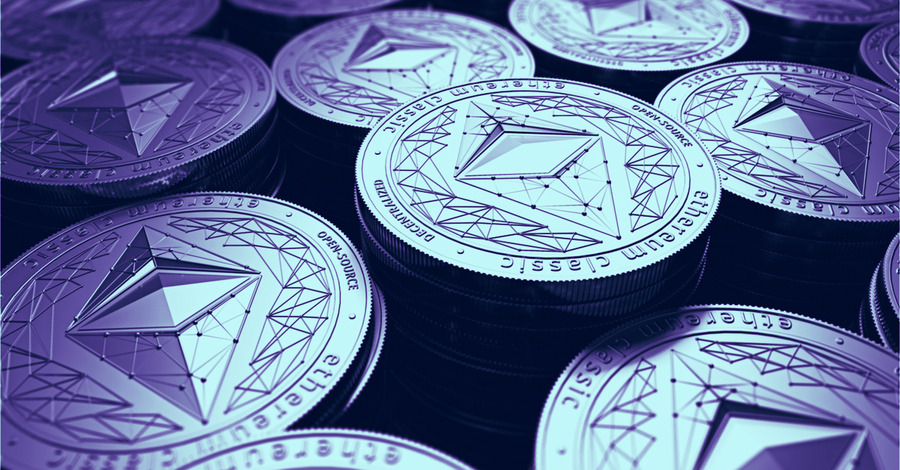 In an up-and-down day for Ethereum Classic (ETC), the coin traded as high as $5.29 this morning before settling at just below $5.00. Nonetheless, its current mark represents a 30% gain since March 13—when most cryptocurrencies bottomed out. Further, ETC has more or less held its price since a March 16 block reward reduction.

While the currency is not in the top 20 by market cap and doesn’t hold much sway in comparison to Bitcoin or even Ripple, its upward trajectory since March 13, when most of the industry’s top coins fell to drastic lows due to fear and panic surrounding the coronavirus pandemic, signals that the fortunes of smaller-cap coins have risen alongside BTC.

On March 13, ETC fell to $3.80—a steep drop from the near $10 it was enjoying in February. Despite these harsh circumstances, ETC has pulled itself out of the gutter and has spent the last two weeks traversing through the high $4 and low $5 ranges.

Block reward reductions can have an effect on a coin's price. Some speculate that the upcoming block reward reduction of BTC, known as the "Bitcoin Halvening", will push prices on that network up. ETC is a much smaller network, but its trajectory does provide one more data point for those trying to predict Bitcoin's future.

As for today, it's roughly a percent down, though it did fare a bit better than other cryptocurrencies. At the time of writing, most of the industry’s top 10 coins are in the red but in stable condition following news that the Senate has potentially reached a deal regarding an economic stimulus package. Bitcoin, for example, is still trading above $6,600, where it stood yesterday, while Ripple’s XRP remains at $0.16.

If the Senate approves the stimulus today, it will send it to the House for consideration before it hits President Trump’s desk for a signature.

These five trends could put a stop to Bitcoin’s 100% rally from $3,700 bottom
Although traders are undoubtedly still scarred by Bitcoin’s 50...
David Gokhshtein Compares XRP to NANO, Claims Almost No Speed Difference
Republican Candidate and Forbes Council Member David Gokhshtein has been...
‘Buy Bitcoin’ – Says Samson Mow as Fiat Currencies On Road To Hyperinflation
Blockstream CSO, Samson Mow, has urged his Twitter followers to buy...
WTO: World Trade Poised to Fall Up to 32% in 2020
According to the latest report from the World Trade Organization, global...
Bitcoin slumps under $7k for the fifth time as its price falls by over 5%
The Bitcoin price has been having a tough time to recover from the major...
Online Voting Not Secure Even With Blockchain, Says US Association
Voting on the blockchain in the United States is neither...
Bitcoin SV’s halving underlines rally as LINK, Verge continue recovery
The altcoin market continued to stay on course and recover its losses...
If not now, when?
This research piece is available to ...
Cryptocurrency News Roundup for April 9, 2020
After sailing smoothly above the support level around $7,000 for a bit,...
$186,000,000 in Bitcoin (BTC) on the Move As Report Shows Crypto Whales Are Multiplying at Rapid Rate
The total number of Bitcoin (BTC) whales is reportedly growing at a rapid...
These fundamental flaws may be the black swan that stops Tezos from seeing massive growth
Tezos has seen some unprecedented bullishness throughout late-2019 and...
Stablecoins Before and After COVID-19: The Crypto Valley Association event on April 17
April 10, 2020, ZUG, SWITZERLAND: The Crypto Valley Association (CVA)...
Goldman Sachs urges investors to get back in the game
Silvia Ardagna, who is a Goldman Sachs executive, said in an interview...
Bitcoin SV Experiences Halving Before Bitcoin and After BCH
Bitcoin SV (BSV) the cryptocurrency backed by Craig Wright and other...
Number of Bitcoin (BTC) Whales Hits Two-Year High. Is Another Bull Run on the Horizon?
Bitcoin is witnessing a massive spike in whale addresses that are holding...
Bitcoin Price Suddenly Drops Below $7K, Crypto Market Under $200B
BTC price looks shaky as crypto market sentiment remains...
Texas Cloud Mining Firm Shut Down After Fake Charity Pitch
Ultra Mining is accused of running a ‘recession...
The Bitcoin Fund Completes IPO, Now Trading on Canada’s Leading Stock Exchange
The Bitcoin Fund, managed by 3iq, has completed an initial public offering...
Will Telegram vs SEC court battle push for new legislation?
The fiercely contested and high profile Telegram vs SEC court case that...
Craigs Wright’s Lawyers Slam Court Order Based on ‘Personal Attacks’
Craig Wright’s lawyers have made a very colourful...